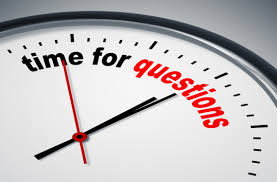 Waddup everyone. How una Saturday dey go? Happy weekend to you all oo. Hope none of you is working today like I am. Well, man must work so that we'll all smile at the end of the month, abii?

Unlike yesterday's post that was really long, today's post will be short. Infact, its just going to be about questions, while you all will provide your answers to it at the comment section.
Here goes:
Question 1: A lady has an accommodation problem, so her boyfriend decided to house her while she goes to work from his house. Her salary is meager so she can't afford a house, and her boyfriend's house is really close to her office, so she jumped at the idea. Although, the guy promises to marry her and a form of introduction to the families have been made, but sometimes she feels she isn't doing the right thing living with him. If there was any of her relations around she would have gladly stayed with them, but in this case, she has none. What would be your advice to her?

Question 2: Your male friend has been dating his girlfriend for 6 years now. You are in approval of the girl, so you asked your friend what is delaying him from marrying her. He shocked you by saying he isn't interested in getting married to her, though a good girl, but he is only with her cos of her money (she's richer than him). You feel bad about it cos he had already given her high hopes of marriage, and then you tell him to let her go if he isn't interested in marrying her cos age isn't on the girl's side anymore but he refuses. Will you tell her what her boyfriend is upto?

Kindly provide your answers in the comment section. Let's gist.
Posted by Unknown at 16:56