Don't deny them what they love. 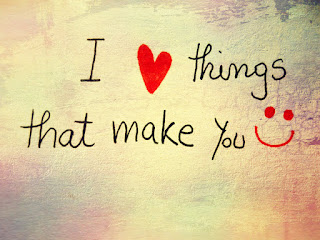 A beautiful rainy Friday to you all. Shey the cold isn't worrying you too much shaa. Anyways, you know the usual shaa, (cover yourself with the blood of Jesus). Lol. Yesoo, that's the in thing now. Abegoo, make una no vex, today's post will be a little bit long, so brace yourselves.

Anyways, few days ago my sister refreshed my memory on a story which I've heard a few years ago. The story goes thus:

A man really had a nagging wife at home and as a result of her constant nags and complaints he decided to always get home really late. It's either her drowns himself in his work till late at night since he was a banker, or he hangs out in the club till past midnight.

So one of these days, a very pretty lady walked into his office, the sight of her aroused his loins and he vowed to have her. She flashed him a beautiful smile and complained about her stuck ATM card in the machine. The man promised to help her out, and told her to come back the next day for it. Luck smiled on his face when she extended her card to him, begging him to give her a call as soon as the card is ready. He indeed was pleased cos atleast he now has her contacts for further wooing.

After work, he went straight to the club and thought against going home to his nagging wife, and fortunately for him, he saw the pretty lady of the bank in the club. He was in glee as they exchanged pleasantries and danced together. While dancing, he told her about how interested he is to her and all the normal things guys tell ladies so that they fall for them, but the lady wasn't saying anything, rather she was laughing. Then a young man walked up to them, kissed the lady to the shock of the banker, and then the lady introduced the banker to her husband, and reminded her husband that he was the banker she told him about who was to help her with the ATM card. DH nooded and really thanked the banker, and both invited him to their daughter's 16 years birthday party holding that weekend.

The banker still puzzled about what was going on, asked them what they were doing in a club. They smiled and told him that they didn't stop their social lives just because they were married. They always made out time to hang out and do what they loved doing during their dating days, "it's like dating ourselves all over again", they said. They greeted once more and left.

After the whole episode that played infront of him, it then dawned on him that he was the cause of what's happening in his home. After marriage, he stopped everything him and his wife did for fun. Their social life was close to nothing. He realised that his wife loves clubbing, gisting, etc, but they rarely had that now, which may have caused her to turn into a nag. He felt so sorry and ashamed of himself, and made up his mind to make amends.

He rushed to his car, though it was already past midnight, he called his wife and prayed she picks, which she did. He begged her over the phone and asked her not to fall asleep, to stay awake so that they'll chat just like old times, as soon as he comes home. She was in shock at her husband's sudden change but later responded in glee while promising to stay awake for his return.

The essence of this write-up is that, most couples have forgotten who they really were during the time of dating. They feel that now they are married there isn't any need for further dating, but most people forget that another secret to happy marriage is further dating (read that somewhere). You guys shouldn't stop dating yourselves. Don't stop doing what you do when dating. Create time to hang out and don't zero your social life.  Do not deny your partner the things they love most just because you are married. Stay wise and do have a wonderful weekend.