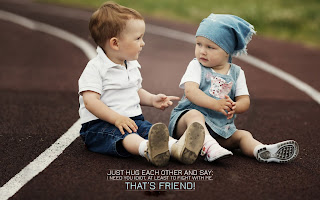 I don't believe in the saying that a guy and girl can't be best of friends without being sexual. I have more of male friends than female friends. Actually the ratio is 9(male):1(female), you see my life. Lolz.  Even that one female friend get am for k-leg sef, cos her own don tire me. There is too much drama, and one thing Pamela detests in her life is DRAMA. I'm about giving her red card though, but I digress. 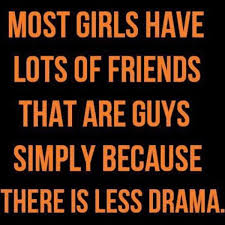 Now, do you know that guys actually are the best listeners and won't judge you neither will they support you when you are wrong. They won't even lick your fingers just to get on your good side. They are plain and will tell you how it is, won't paint the truth, even though you won't be happy about it. When you have a good male friend, he is the best man for a relationship advice when it concerns your spouse. Men tends to know things about themselves, so he is your best shot. One more thing, you can't hold a grudge against them for long.

There was a situation whereby I got really angry with a friend, infact according to him, it was his first time of seeing me that angry. I was really ready to hold that grudge against him for a very long time, but to my disappointment within a twinkle of an eye, he came back to beg/play with me. I just looked at him in shock, and I was like, "no be this guy wey I just quarrel with now?" That maturity alone cooled me off. I just couldn't hold that grudge even when I really wanted to. 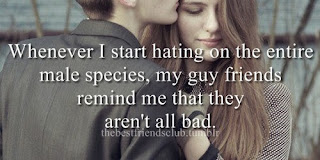 I'm sorry to say this, that quarrel I had with that guy was enough to make best friends sworn enemies.
One of such instance, a lady held a grudge against me for eight months. Meanwhile I was chatting and calling her all that time without even knowing say babe dey vex for me. The day she told me about it, my head exploded. Biko, what was the grudge all about, hmm, one flimsy reason that didn't even mean anything. "you came with me to the program and you left without even saying goodbye". Inukwa ooo!!! Imagine! I was too weak and angry to reply the chat. We ladies need to change biko.

Anyways, let me not make this post longer than it already is. But male friends rock, sometimes though. Lol.
So which one do you prefer? Let's gist.
Posted by Unknown at 14:58