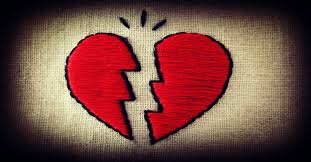 In a bus the other day, I was just minding my business when I overheard two ladies discussing about another lady they knew (not eavesdropping ooo, they were speaking Igbo language). As much as I was engrossed in my own thoughts, I couldn't help but get the central moral.


The said girl's boyfriend who she had been dating for sometime, playing the wifely role and had been assisting for a while, just got a new job and decided that she isn't good enough again for him and has decided to let her go. Presently according to them, he already has a new girlfriend who is worth his status quo, while leaving the former devastated.

As I got home, I pondered on such and decided to write this. True, not every one you date must end in marriage. But why raise someone's hope and then later crush it?
I also recently read about a guy who killed his girlfriend cos after training her in school she decided that he wasn't "the one" again.

Something similar to this happened back then in school. The guy was a bus driver and used his earnings to train his fiancee in school, but when she graduated, she then saw him as not her class and refused to marry him again. The guy was so furious, I can't even remember how they settled it later.
I even heard about a guy's revenge on his ex who did same thing. He went diabolical on her which led the lady to give birth to 3 imbeciles. Ouch. That's extreme, but I guess he was pushed to do that.

The essence of this is that, as humans when we love, we love with all we have, (often attimes). We give our all, time, energy, finance and soul. Not because we don't have a choice, but that's how we are molded. It's really saddening when some people use this to take advantage of other people, thereby bringing out the beast in them. If you are doing this, stop it biko, it's not cool at all. So many people have given up on love and have done some really bad things cos of this. I hope they really have a forgiving spirit and also let go of the pain and hurt, also realise that what is their's is their's whether literate or illiterate.
Ciao.

Do have a grand weekend.
Posted by Unknown at 13:04